When it comes to building a career as a fashion blogger, there’s no better business role model than Chiara Ferragni.

Since launching The Blonde Salad as a personal style blog back in 2009, the 28-year-old has expanded her team to 16 people, inked partnerships with luxury brands like Burberry and Dior, and become one of the highest-paid bloggers ever, bringing in approximately 7 million euros a year (or nearly $8 million). Because of the blogger’s business-savvy practices, Harvard brought Ferragni and The Blonde Salad co-founder Riccardo Pozzoli to participate in the Ivy League university’s very first fashion blogger case study earlier this month.

Published today, this 25-page report charts just how The Blonde Salad turns so much profit — and how others can learn from Ferragni’s success. Check out our major takeaways below — for more tips, you can buy a copy of the study for $14 from the Harvard Business Review. 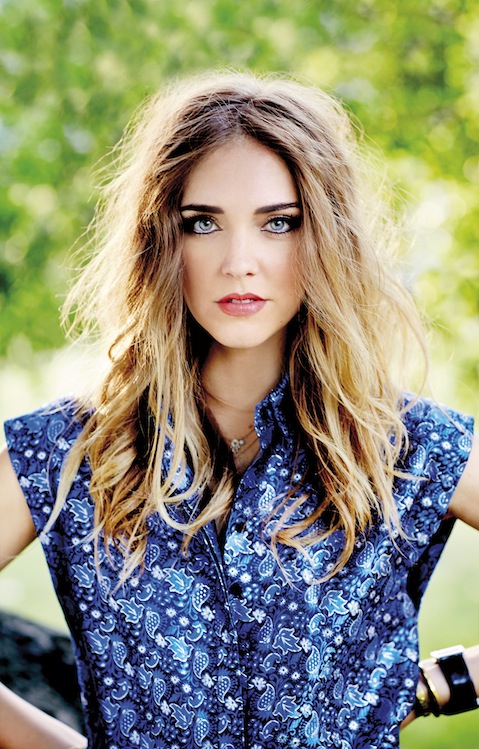 She turned down lucrative jobs in the beginning to maintain her brand integrity. As Pozzoli remembers of the early months of The Blonde Salad, “We were young students and it was not easy for us to say ‘no’ to such proposals with high financial reward. But, we decided to stay away because we knew that if we wanted to work in fashion, we could not sell Chiara as a showgirl.” Instead, the duo waited for the buzz to build organically, and eventually high-end brands, like Dior, began to notice the blog’s influence.

She paid for her first international Fashion Week travel herself. These days, brands sponsor Ferragni (and often, her team) to attend fashion shows and store openings all over the world. But, the first season Ferragni received invitations to international shows, she and Pozzoli paid for their travel out of pocket. “We were actively seeking invitations to the fashion weeks of New York, Paris, London, Stockholm, and we were paying for all the expenses ourselves,” Pozzoli explains. In this case, you really do have to spend money to make money.

She invented unique ways to turn a profit. By the time The Blonde Salad was up and running in 2010, luxury companies were just beginning to dip into the e-commerce game and they turned to influencers like Ferragni for help. She began using RewardStyle (a platform that coordinates commission for products sold through bloggers’ sites), and also pioneered the now-common practice of blogger product placement. As Pozzoli puts it, “Chiara would tell a story about wearing a certain garment, having a trip, driving a car — just having a particular experience that she was living with the company — and would include a couple of companies’ website links in the text.”

She carefully dipped her toes into design. Starting with a capsule collection for the Italian brand Yamamay in 2012, Ferragni gradually branched out from blogging into design. She pursued design collabs with labels like Superga and Steve Madden, experience she now puts to use in her own brand, Chiara Ferragni collection. According to Pozzoli, the brand’s future sales are estimated to reach reach 7 million euros in 2015 and 10 million euros in 2016.

She hosts events for between $30,000 and $50,000 — and brands are willing to pay up.According to Pozzoli, “Chiara is the most popular blogger globally in terms of her daily followers, and no other blogger in the world has the same geographic spread of audience. In the first quarter of 2015, Chiara will be on a cover of international issues of four or five top magazines.” Add that to her massive Instagram following (3.3 million and counting), and brands consider Ferragni’s broad reach worth her price tag.

She’s shaping The Blonde Salad to be not just about her, but a lifestyle brand. Following the strategy of other bloggers-turned-brands like Man Repeller, The Blonde Salad site has shifted into lifestyle categories unrelated to its founder. Pozzoli sums up, “We are investing more in contents that are not related to Chiara [and] hoping that, in one or two years, The Blonde Salad will be recognized as an independent magazine with Chiara either as its editor-in-chief, or the art director, or maybe neither.”