Microsoft on Tuesday unveiled its first laptop: the Microsoft Surface Book, a 13-inch touch-screen device that also comes apart to become a tablet.

“This is the ultimate laptop,” Microsoft’s Panos Panay said.

It has two processors and a dedicated graphics-card system. Microsoft says the laptop is twice as fast as a Macbook Pro.

As with all devices in the Surface line, the Surface Book can detach from its keyboard to become a tablet. The keyboard can then dock on the back of the tablet to keep it all together. It also uses the Surface Pen stylus that comes with Surface tablets.

It’s designed to add more power than the Surface Pro 4, also announced Tuesday. It’s for gamers and any enterprise worker who needs more graphical horsepower under the hood. In fact, the Xbox team contributed its graphical expertise, Panay said.

Panay showed off how smoothly Windows 10 games like “Gears of War” and “Gigantic” ran on the Surface Book, even while using video-editing software to record game footage.

Interestingly, the graphics card lies in the keyboard unit, which means you will lose some horsepower while it’s unplugged — at a likely gain to battery life.

Plus, it has a super-quiet, backlit keyboard, Microsoft promises, with a great typing experience. It also sports a promised 12-hour battery life.

The idea of a laptop that’s also a tablet isn’t exactly new: PC manufacturers like Lenovo have for some time been making similar “convertible” units that fold in on themselves to become a laptop.

But by making the keyboard detachable, and by giving it a ton of horsepower, it seems Microsoft has been really thinking through the design of this device. 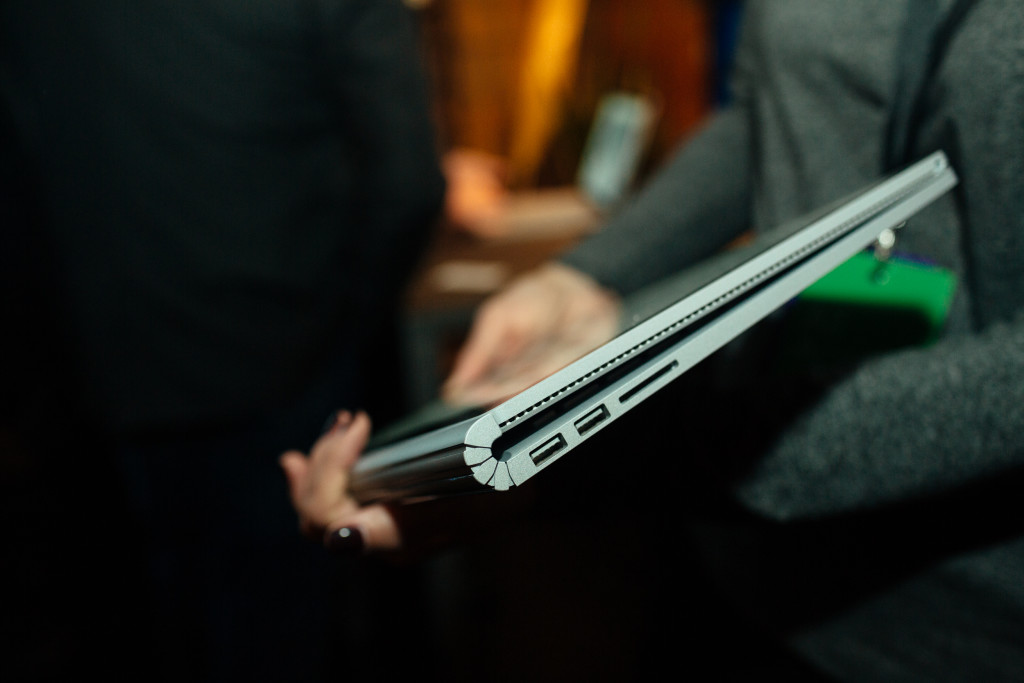