Leo Messi has been chosen as the UEFA Best Player in Europe and as such takes the award that he won back in 2011 in its first year of existence. The Argentine received 49 votes, beating Luis Suárez (3)andCristiano Ronaldo (2) to the prize with Neymar finishing in fifth place.

The recognition is deserved after an exceptional season for the Barça number 10 in which he scored 58 goals in 57 competitive matches in 2015/16.

His goals, as always, were vital. He scored in the Vicente Calderón against Atlético to hand the blaugranes the league title and he found the net twice in the Copa del Rey final win over Athletic Club. Messi was exceptional in the Champions League final against Juventus, although he was unable to score the goal his performance deserved. Previously, in the semi-finals against Bayern Munich, his two goals were decisive in deciding the tie, one of which has been voted as the best of the Champions League season.

During the season Leo Messi surpassed Telmo Zarra’s league goalscoring record and also moved past the 400 mark in terms of goals in official matches in a Barça shirt. His current total stands at 415 and the man who has won four FIFA Ballon d’Ors has no intention of stopping there. 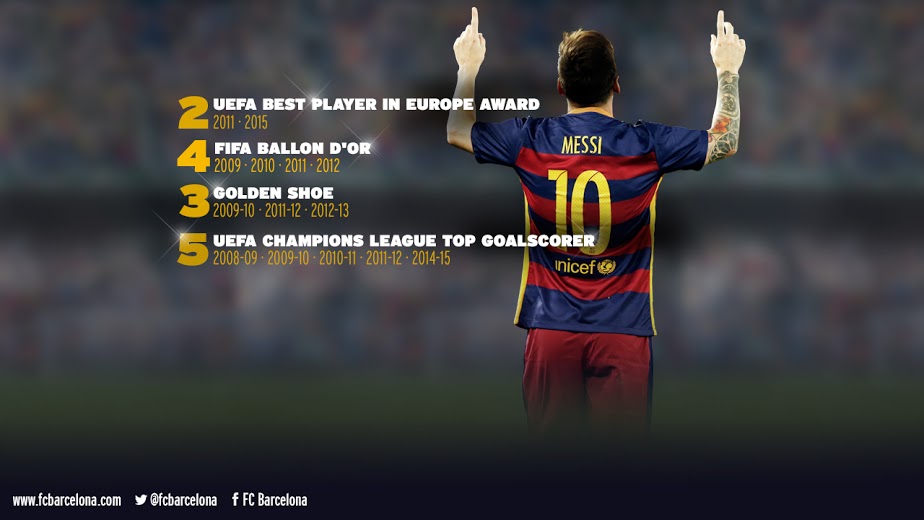