A Japanese strawberry grown by a Japanese farmer that weighs a whopping 250 grammes has won the Guinness World Records title for the heaviest strawberry. 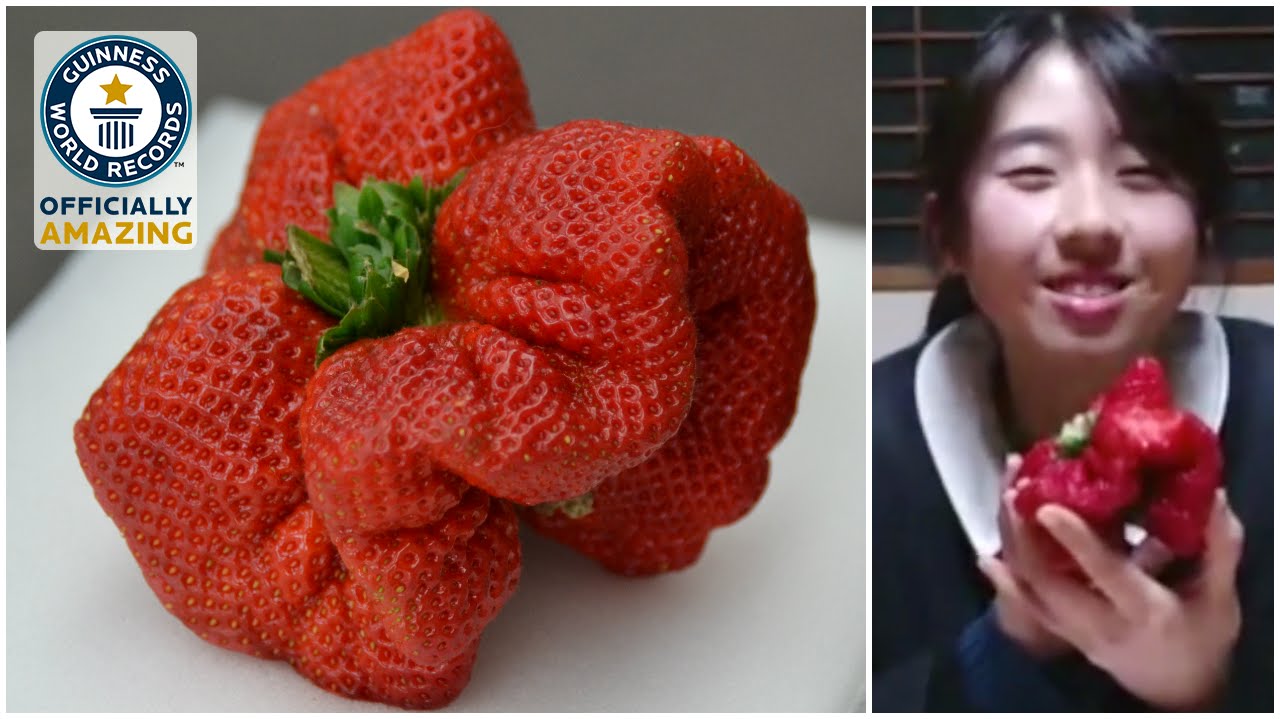 The mutated strawberry weighs a whopping 250 grammes with an approximate height of 8 cm, length of 12 cm and circumference of 25 to 30 cm.

Mutations can occur for a variety of reasons, for example, when frost damage affects to the flowers of the strawberry plant. In this case, multiple berries have grown and fused together to form one single large strawberry.

Koji’s extraordinary and unusual fruit, a Japanese variety called Amaou, has been given the Guinness World Records title for heaviest strawberry.The fruit has broken a long standing record held for over 30 years.

The previous record holding strawberry weighed 231 grammes and was grown by G Andersen of Folkstone, Kent, UK in 1983.