Home / Gallery / Balenciaga is Back with Demna Gvasalia’s Debut Collection

Balenciaga is Back with Demna Gvasalia’s Debut Collection

In his debut show for Balenciaga, Artistic Director Demna Gvasalia struck the right chord between an homage to the house codes, the whole fashion world discusses, a debut collection of Georgian designer. 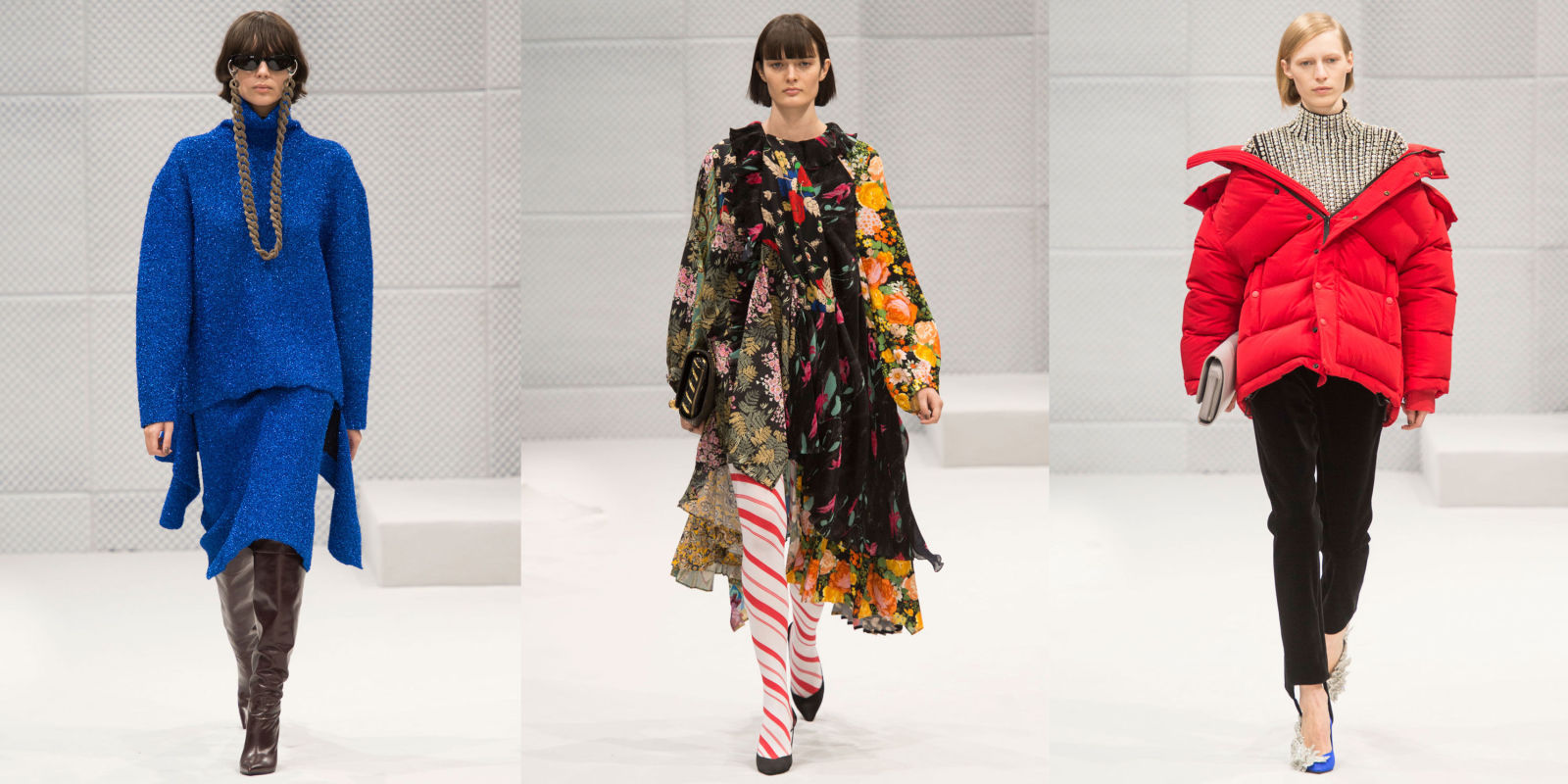 Demna Gvasalia presented his first collection for Balenciaga today in Paris’s 15th Arrondissement. Mixing shapes from Cristobal Balenciaga‘s archive with contemporary fashion pieces like puffer jackets and jeans, Gvasalia worked to fuse his streetwise aesthetic with that of the house’s founder.

The show was held in Canal +’s former studio. The runway was a square box with foam-padded walls, and the soundtrack was so loud the room practically vibrated.

The collection is built around four couture ‘attitudes,’ focusing on a manner of carrying oneself in clothing rather than silhouette,” he says. And like the Vêtements woman, this new Balenciaga customer carries herself with innate coolness and confidence.