BlackBerry Made a $700 Android phone

It took about eight years, but BlackBerry finally has a phone that can hold its own in the modern smartphone era.

The new BlackBerry Priv, which goes on sale this week, is the first phone from the company that doesn’t run its own mobile operating system, BlackBerry 10.

Nine things to know about the new BlackBerry Priv

For a first foray into Android, BlackBerry did a pretty good job. It’s not running the very latest version, but it also doesn’t have any hellaciously ugly skins or bad ideas about how to use a phone. And if you don’t like the changes BlackBerry did make, you can ignore or turn off most of them.

THE PRIV DOES HAVE SOME BUGS

Unfortunately, “decent” doesn’t necessarily equal “good.” I’ve had some apps freeze up, seen some issues with tap recognition. The phone also gets really hot sometimes. BlackBerry has been furiously updating different pieces of the software over the past few days and tells me that it will have some software updates in the coming weeks that should speed things up.

If you didn’t know there was a keyboard here, I think you’d still be pretty impressed with the hardware. It has a curved 5.4-inch screen that feels nice and big without being unwieldy — even with the slider open. The back is really grippy without being tacky, thanks to a “glass-weave” finish that I really like. It feels solid and the slider opens and closes with a satisfyingsnick. 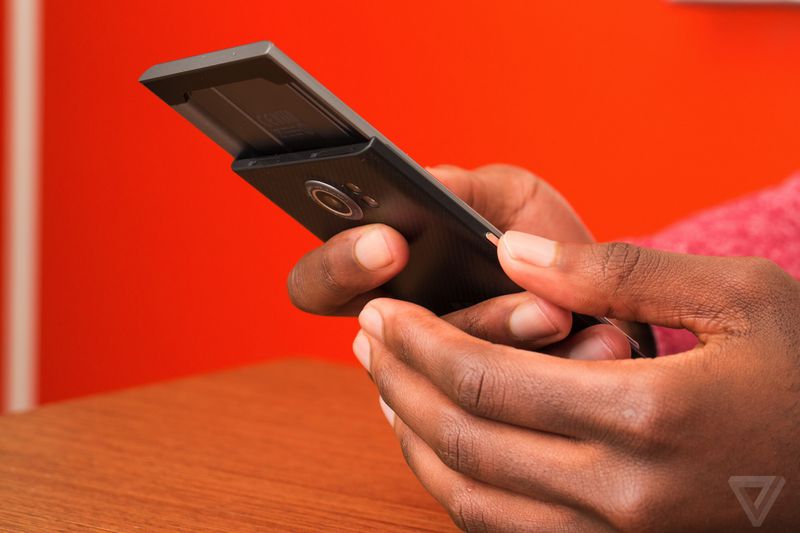 THE PRIV’S PHYSICAL KEYBOARD IS GOOD

The keyboard won’t live up to the key clicking glory days you might remember with BlackBerrys of yore, because there’s not that much key travel. But it’s still pretty good. It’s actually almost hard to judge because there’s literally no physical keyboard competition to compare it to anymore (unless you count the Typo). And yes, I know that you’re probably faster with a glass touchscreen keyboard, but that’s kind of not the point. It feels nice to type on a physical keyboard and it means you get to look at the whole screen when you’re punching out a message. 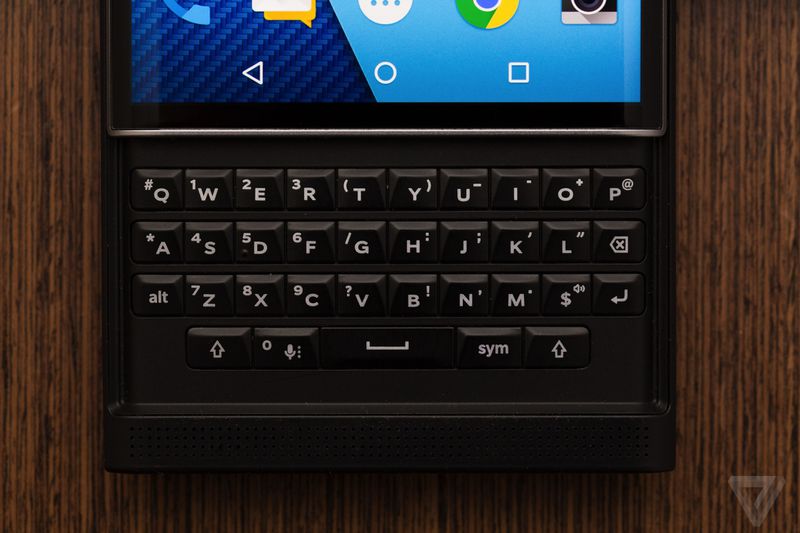 BlackBerry’s privacy software, DTEK, is really smart at showing you the details of whether your phone is secure and also what your apps are doing. The little slide-in widget on the side is smarter than what Samsung does on the Galaxy S6 Edge. You can slide up from the home button to get access to three different apps. BlackBerry search is often more useful for on-device stuff than Google’s.

THE PRIV’S CAMERA IS SURPRISINGLY NICE, BUT SLOW

The Priv has an 18-megapixel sensor that gives you shots that aren’t quite as good as what you’ll get from other top-tier phones, but they’re a cut above what cheap Android phones can pull off. Even in low light, the Priv’s camera consistently outclassed my (admittedly fairly low) expectations. This might be the best camera BlackBerry has ever made. Unfortunately, it’s really slow — especially in HDR mode. 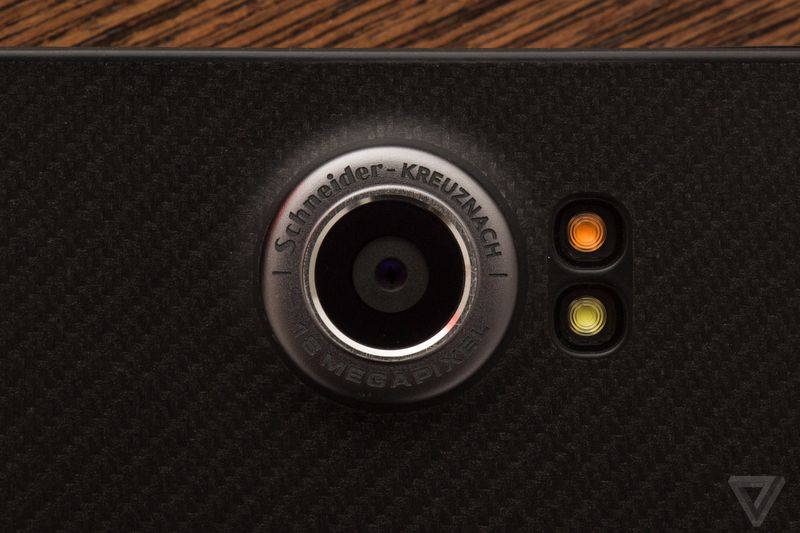 There are lots of neat tricks to be had with the keyboard! You can set up long-press single key shortcuts to all kinds of stuff from the homescreen. You can “just type” to search from the homescreen too. There are shortcuts to scroll to the top or bottom of lists. You can slide your finger over the keyboard to scroll. You can double tap on it to turn on a cursor mode, so you can slide your finger around to position the cursor. You can swipe down when you’re typing to get fast access to a big list of symbols.

All of that works great. What doesn’t work so well is swiping up on the keyboard to auto-complete a suggested word. Maybe one of those promised software updates will help. 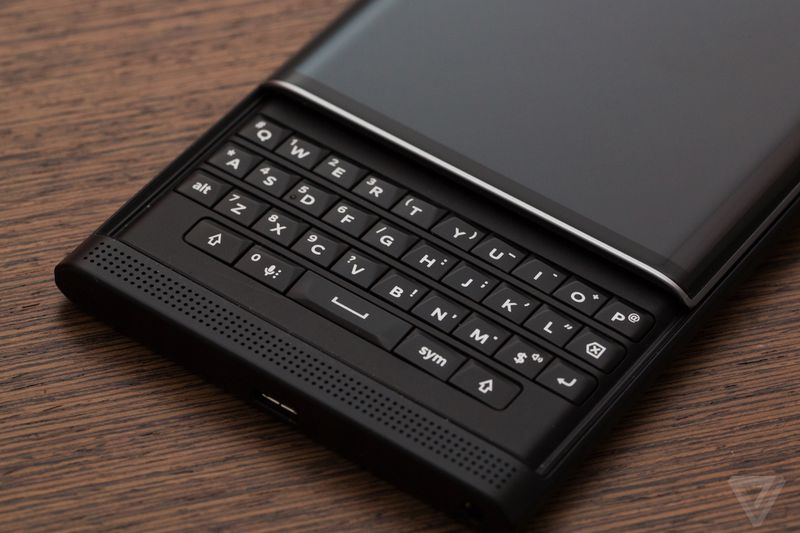 THE PRIV IS EXPENSIVE FOR AN ANDROID PHONE

I know that there are other Android phones that cost around this much, and I also know that the iPhone 6S and 6S Plus can cost this much or more when similarly specced (as BlackBerry is quick to note when you bring it up). But even so, the price of Android phones has mostly been driving down, and I’m not sure this is really worth $699.

THE NAME “PRIV” STANDS FOR SOMETHING SMART AND SOMETHING DUMB

BlackBerry says that “Priv” stands for both “privacy” and, well, “privilege.” Putting the word “privilege” anywhere near a phone is really tone-deaf, especially one that’s that’s a) kind of expensive and b) probably meant to appeal to the corporate and finance set. I guess the one-percenters won’t be offended. 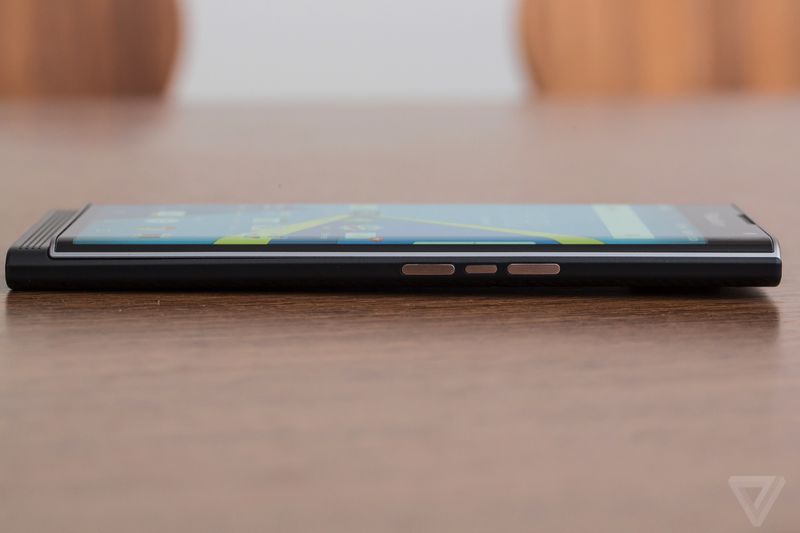