After successfully participating in a group exhibition “Victoria” together with Oleg Timchenko and Ushangi Khumarashvili, Vakho Bugadze returns to the National Gallery in the framework of his solo exhibition “Suburb”. The exhibition showcases up to 70 works created in 2013-2015.

Known for his work in painting, drawing and sculpture, Bugadze has painted iconic local locations including the old Tbilisi districts and the former hippodrome of the city. 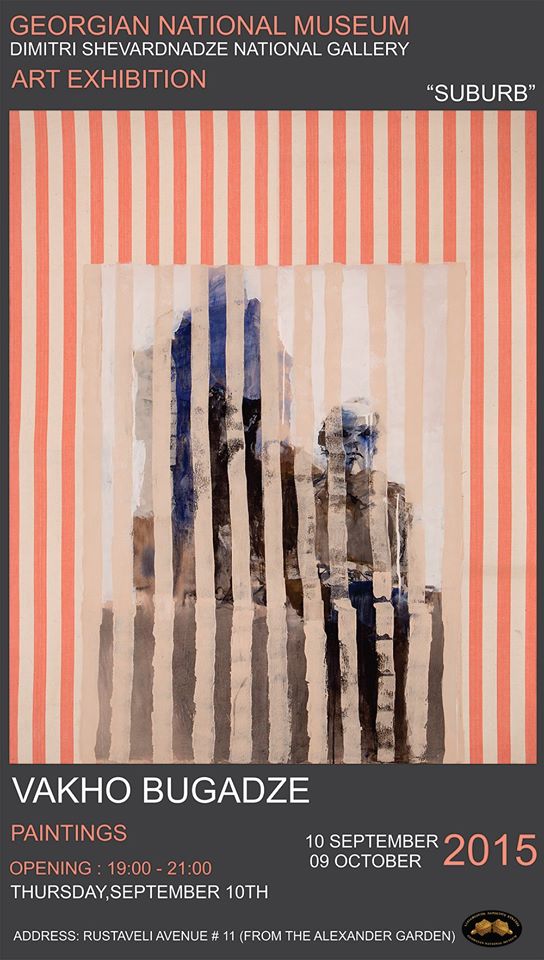 Born in 1964, he graduated from faculties of Applied Arts and Sculpture at the Tbilisi State Academy of Arts. Over the years his work has been showcased at personal exhibitions in Georgia and as part of various sculpture symposiums in Europe.

Vakho Bugadze visualizes the memories transformed over time with deft alternation of specially selected texture, watercolor, pigment and oil. Series “Suburb” is connected to his childhood memories – the contour of the same building sunk in the twilight appears nearly on every canvas. This is the childhood icon of the major life event, when a little boy suddenly moved from the miniature old Tbilisi district to completely different urban environment which was overlaid with the memories and fantasies.