Carcasses of wild beasts that have been shot dead or killed litter the muddied streets of Tbilisi as their great escape comes to a tragic end.

Flash flooding in the Georgian capital had destroyed the animal’s enclosures at Tbilisi zoo and turned it into a ‘hellish whirlpool’, leaving them free to roam the streets in scenes reminiscent of a Hollywood disaster movie.

Today, the clean-up operation began to clear the carcasses of bears, tigers and wolves that all lay in a heap in the murky sludge of the capital city’s streets.

But there was some welcome news as the hippopotamus that was cornered and subdued with a tranquilliser gun was returned to the zoo in good health. 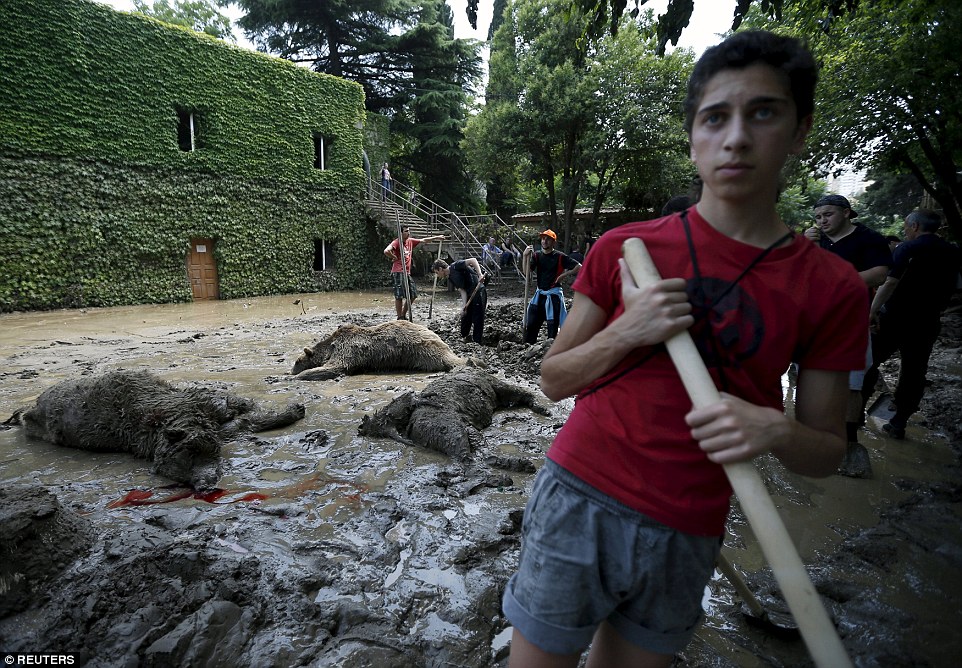 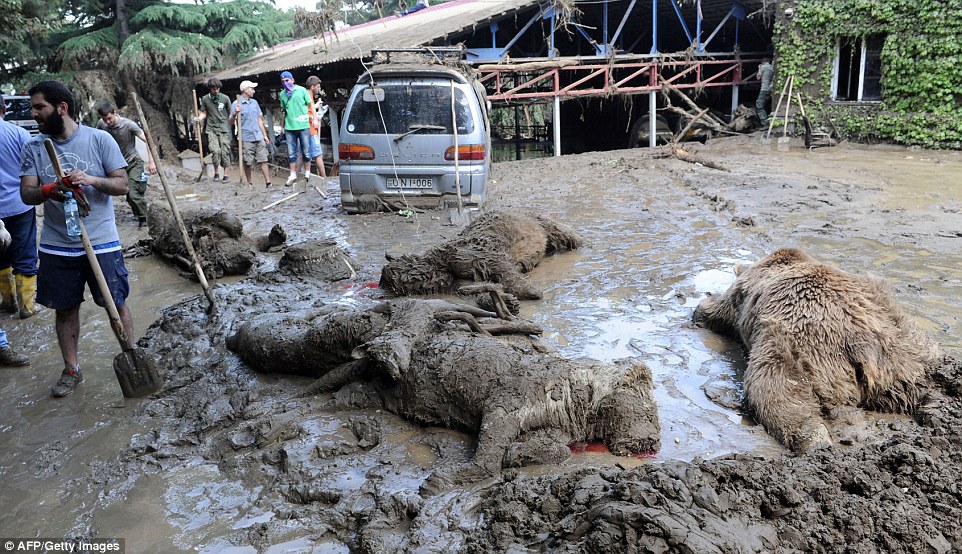 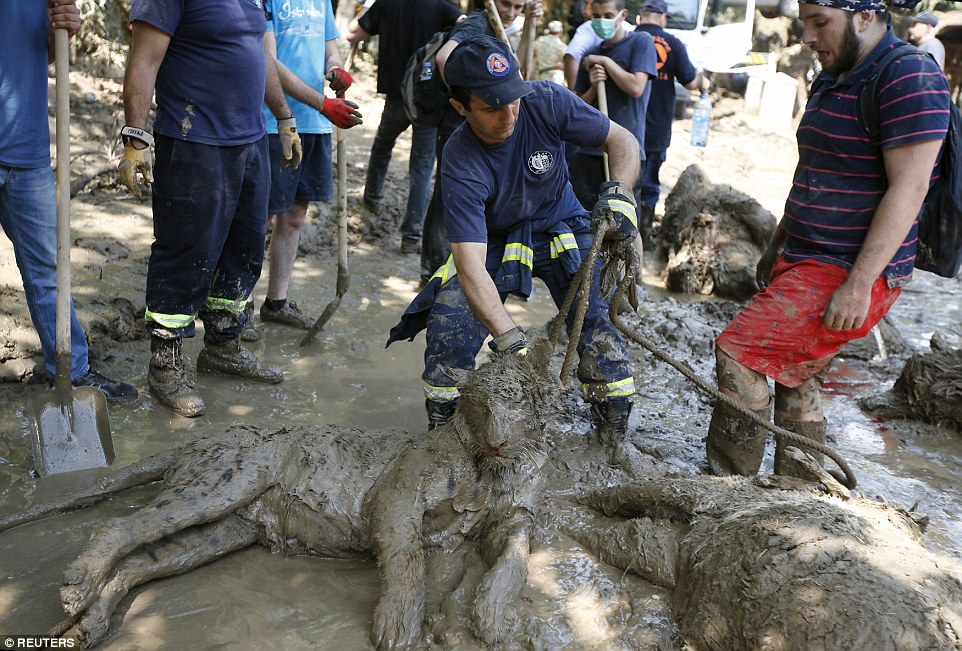 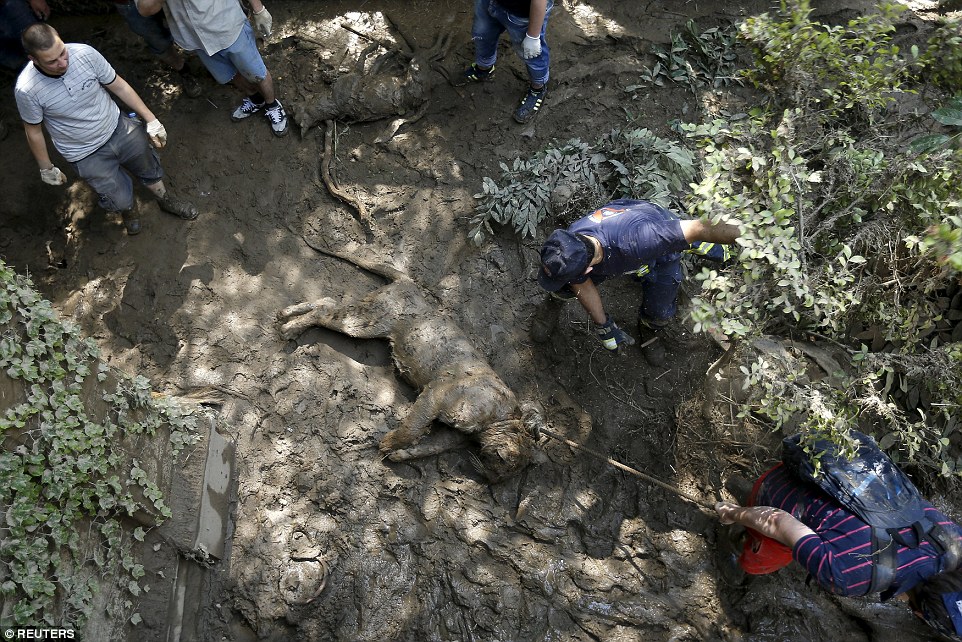 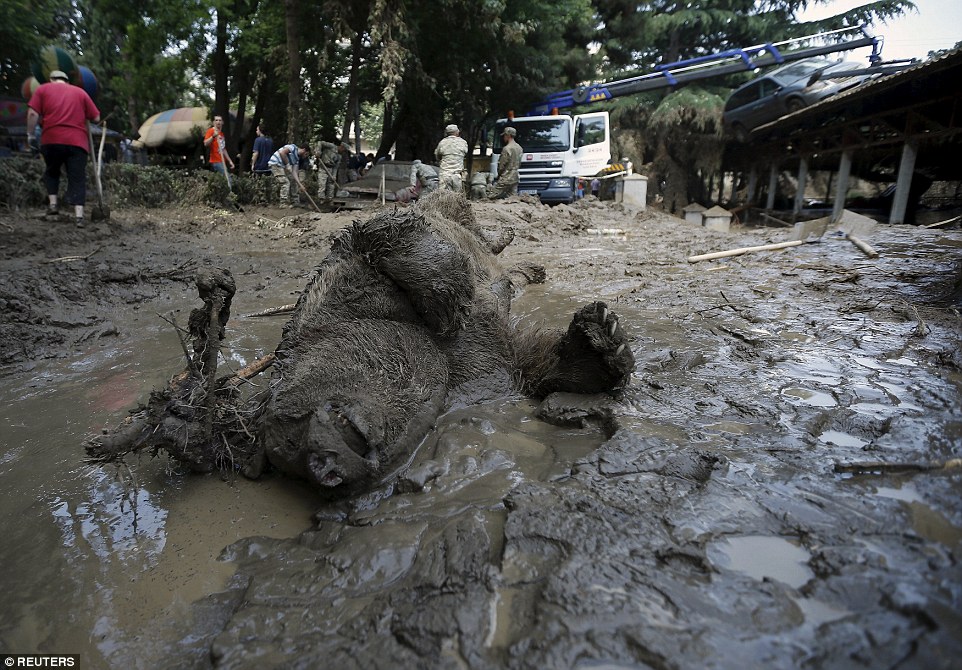 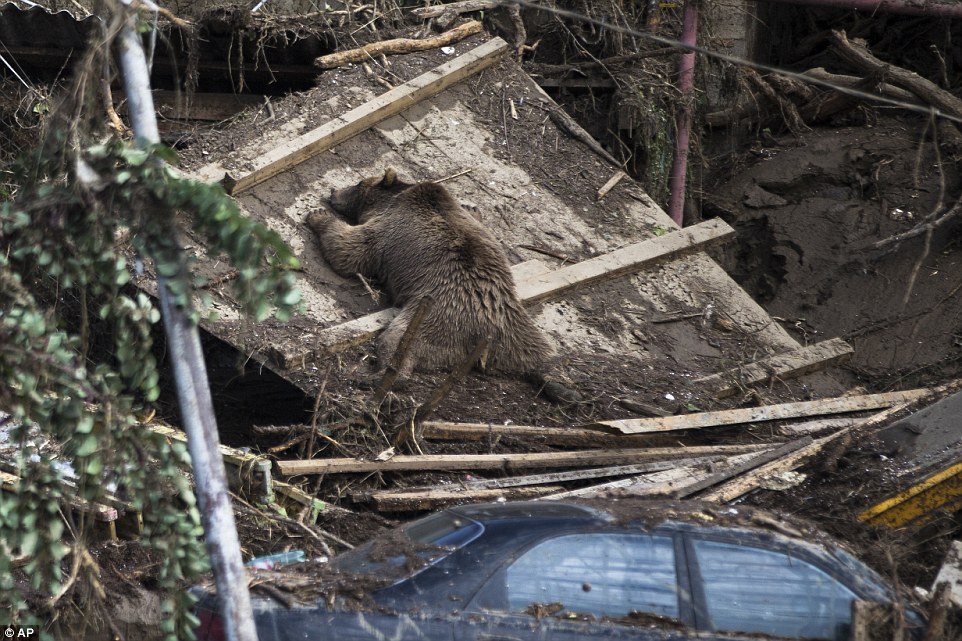 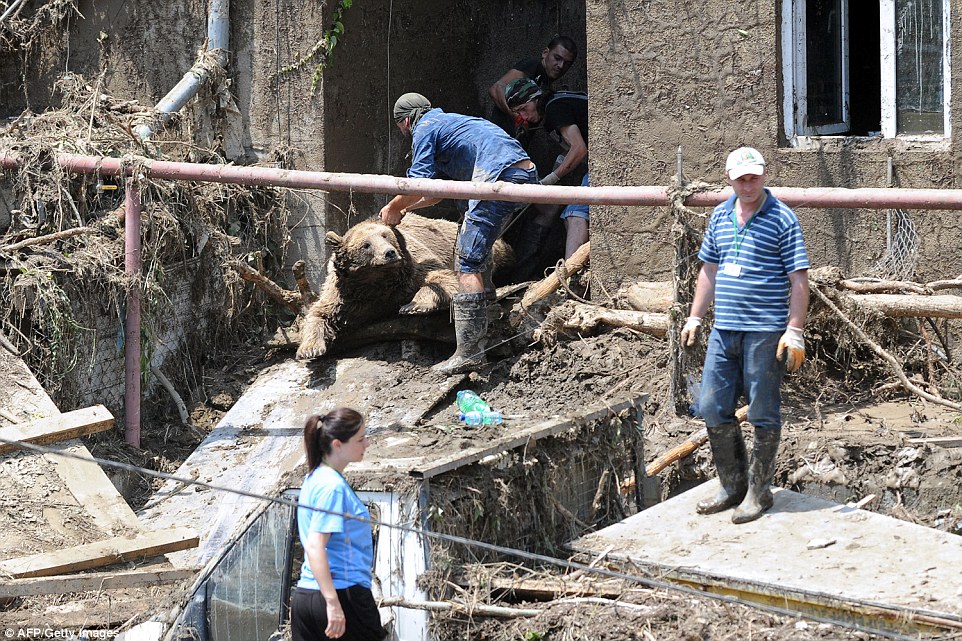 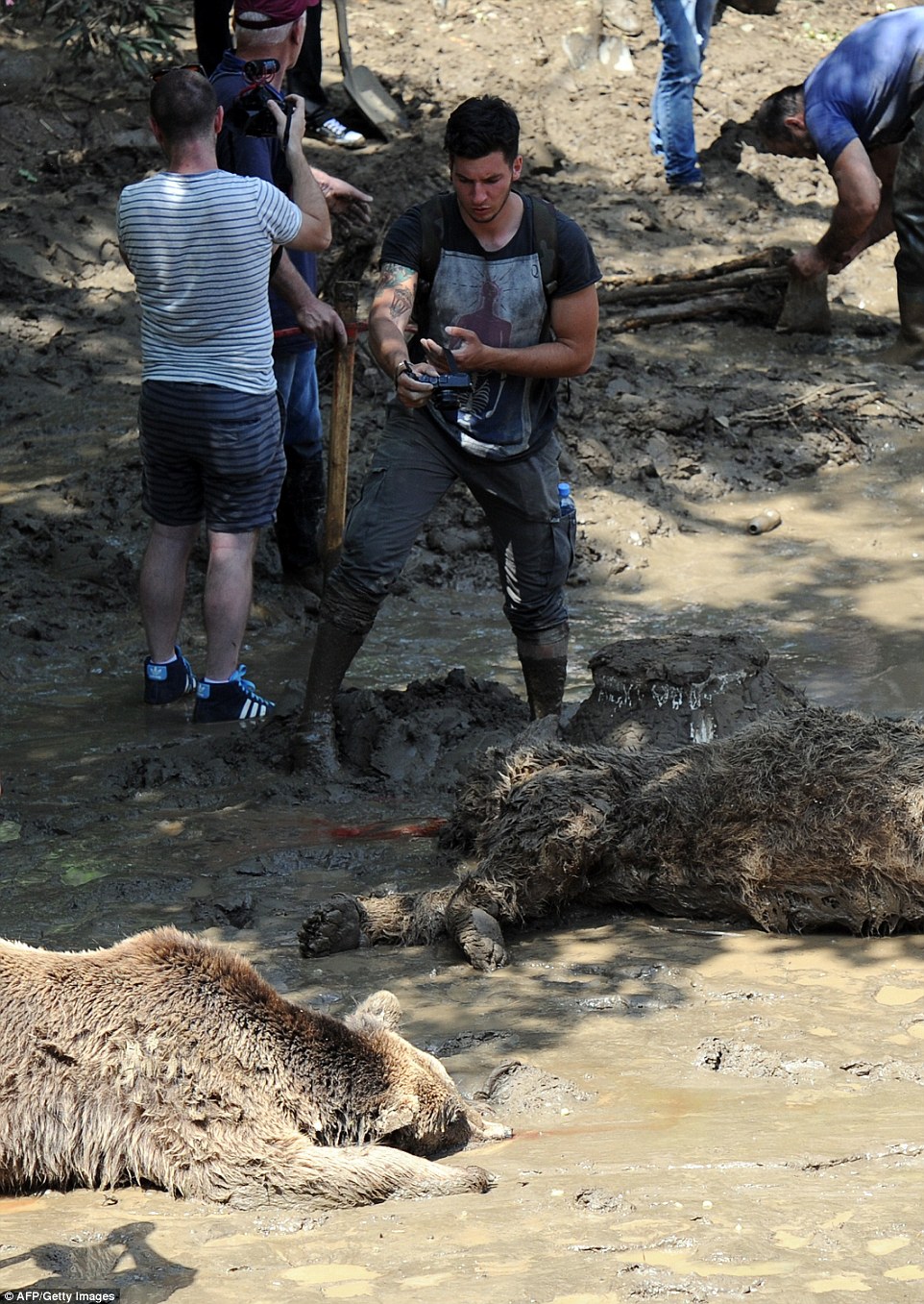 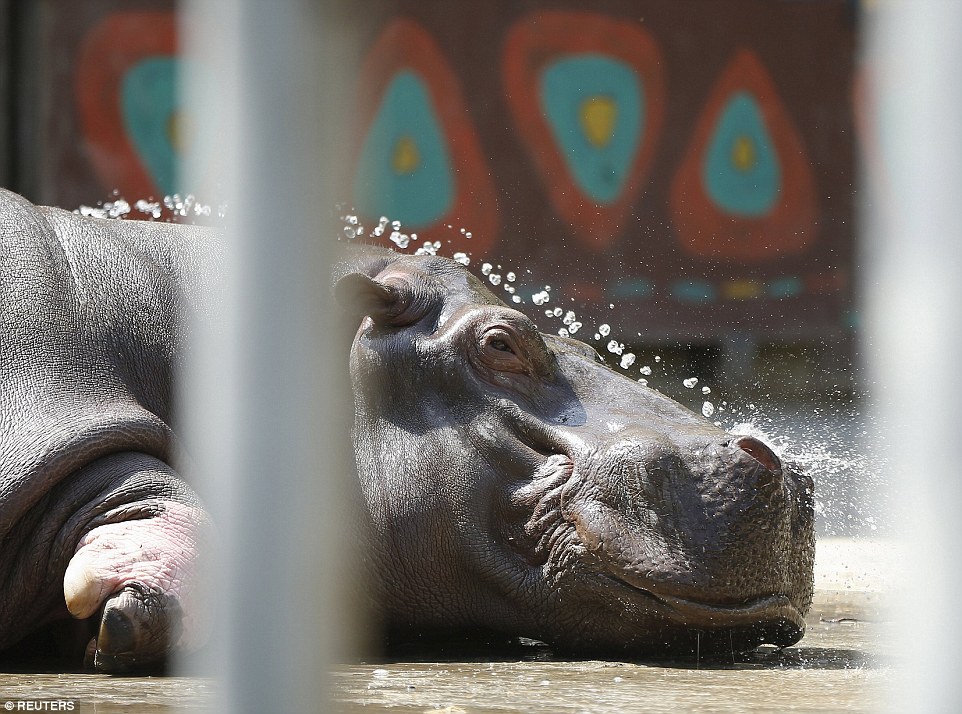 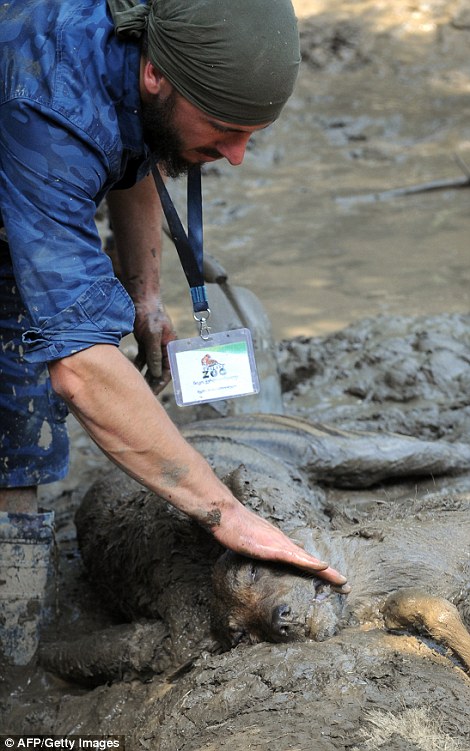 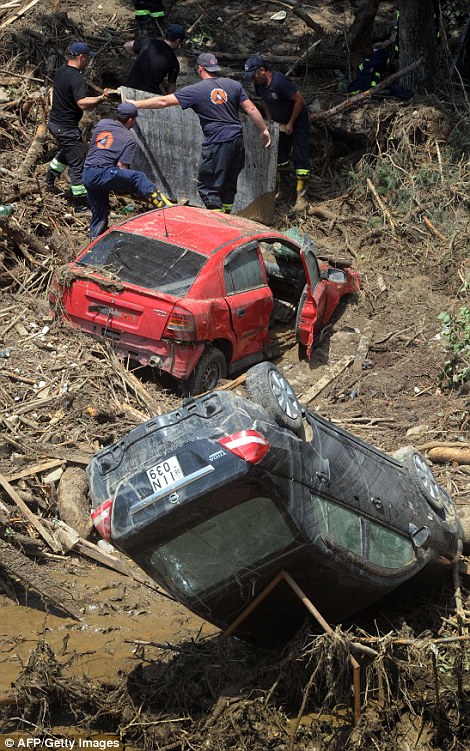