Michelle Obama has recently been witnessed in Georgian designers’ outfits.

Several days ago, Obama was in Chicago as part of a tour for her recently released memoir book “Becoming.” The former first lady was wearing David Koma at the meeting where she spoke candidly with a famous American actress Reese Witherspoon about her career, her marriage and adjusting to life as the president’s wife.

David Koma is a Georgian fashion designer based in London. His dresses are distinguished by elegance and body contouring silhouettes.

Michelle Obama’s ‘Becoming’ book stopped at Brooklyn’s Barclays Center on the 19th of December. At the gathering, she decided to show up in a yellow dress and glittery thigh-high boots from the latest collection of Balenciaga. Mrs. Obama was discussing her book with an American actress and designer Sara Jessica Parker. Balenciaga is a luxury fashion house founded in Spain. His creator director is a Georgian designer Demna Gvasalia. He has recently been named the accessories designer of the year for Balenciaga at the Royal Albert Hall, London. 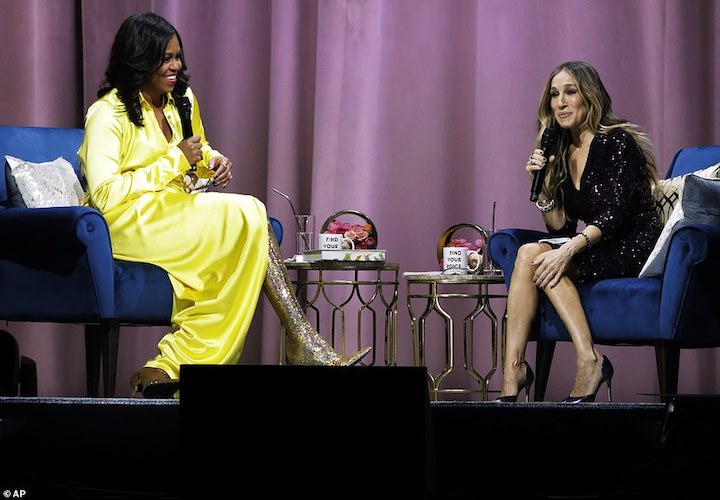