7 First Impressions of Tbilisi (From a Street Photography Perspective)

Here are a few first impressions of the city, from a personal Street Photography perspective.

1. Tbilisi is a mix of old and new

One of Tbilisi’s main districts is called Old Town, for obvious reasons. The cobblestone streets, brick buildings and old churches take you back in time. This isn’t only found in Old Town either, as there are many older neighborhoods with similar style around Tbilisi. 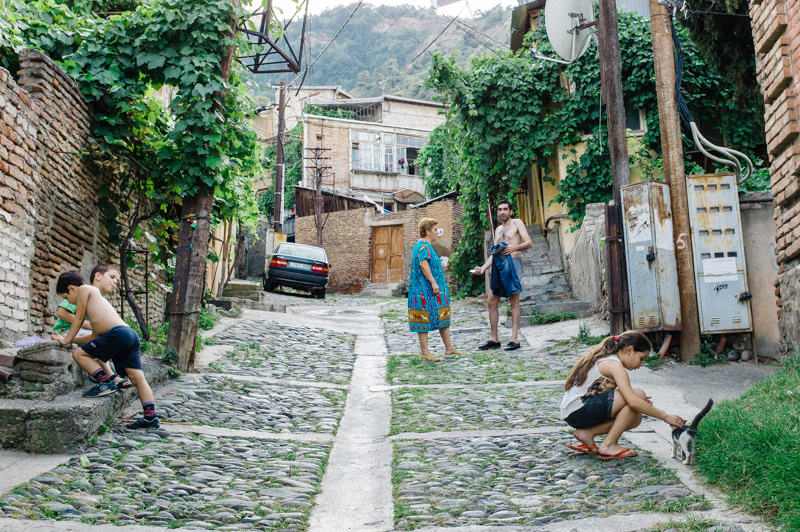 But in Old Town, once you cross the ultra modern “Bridge of Peace” to get to Rike Park, everything goes from old to new. The president’s official home is also located here and was designed with the same architecture and modern style as the bridge. The curvy steel and glass canopy top couldn’t give off a more contemporary style. They even fitted it with thousands of LED lights for night. 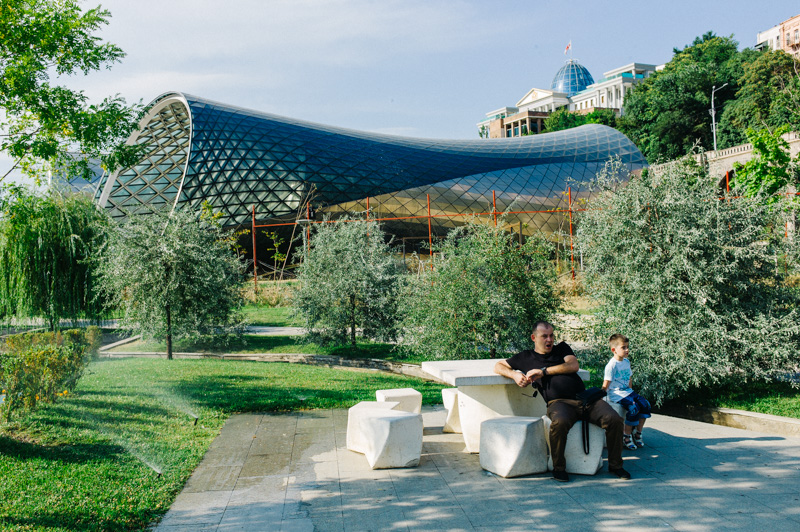 This clash of style seems a little odd, but it represents a connection of old and new that they are going for in Tbilisi.

Everywhere you walk in Tbilisi, you will find small to big street markets and produce stands. Around Station Square is the biggest one, which covers multiple street blocks and lots. 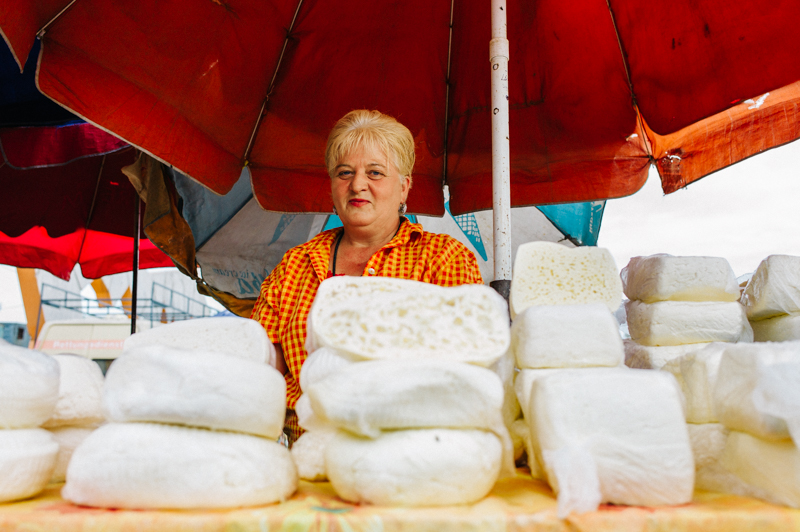 Produce and cheeses are the big sellers, but you can find plenty of other stuff too, including non-food items. For people who like photographing around markets, Tbilisi would be a city to go to. The best part is that it’s not just about a Saturday or Sunday Market in Tbilisi. Big outside markets go 7 days a week here. 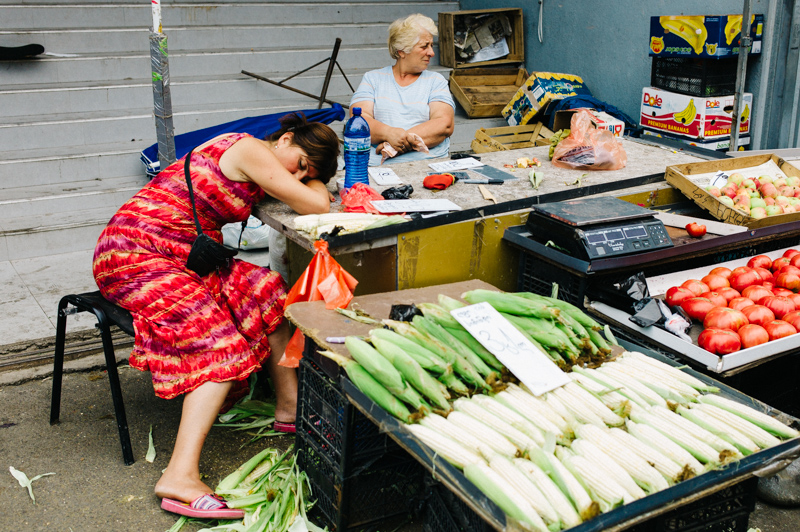 Tbilisi’s metro system is extremely cheap at 0.50 lari (22 cents!), but you get what you pay for. There’s only 2 lines and the time between trains is not quick. The wait can be up to 9 minutes between trains depending on the time of day/night. 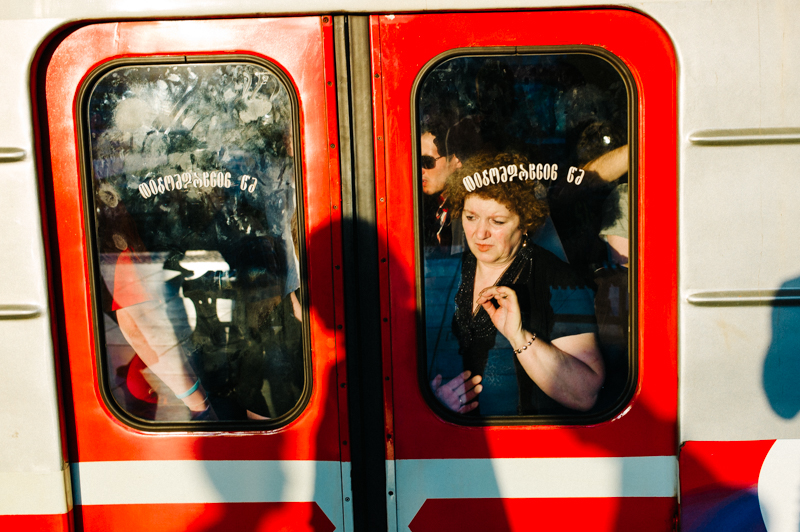 The Akhmeteli–Varketili Line is the better line with more stations and covers the places you’re more likely to go. If you need to transfer lines, though, it can end up taking 40+ minutes to go a few kilometers. After experiencing this, I ended up walking most places. Tbilisi isn’t a huge city so you can go most places by foot and all the walking gets you to see places you wouldn’t have as an added bonus. 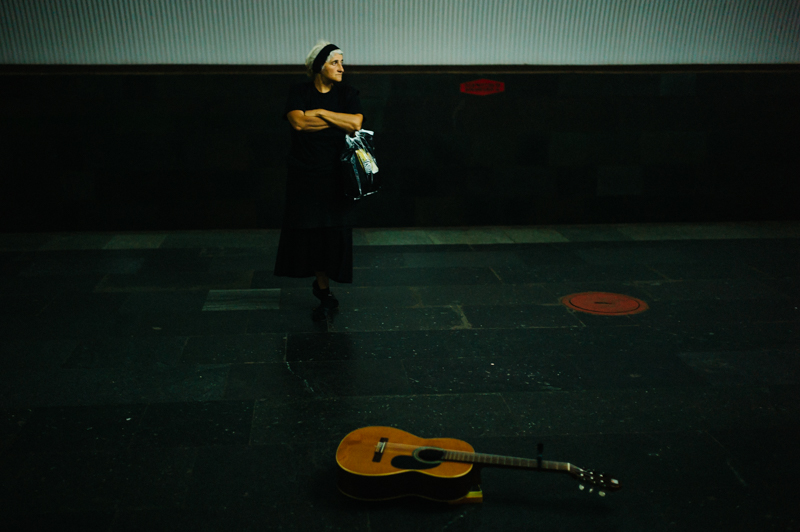 The metro stations are a magnet for markets, people and action. There’s always plenty going on around them. Station Square and Didube Station might be the most crowded with activity, but other stations like Marjanishvili and Freedom Square have plenty going on too.

Walking around different stations in Tbilisi is a great place for Street Photography with plenty to see and capture. 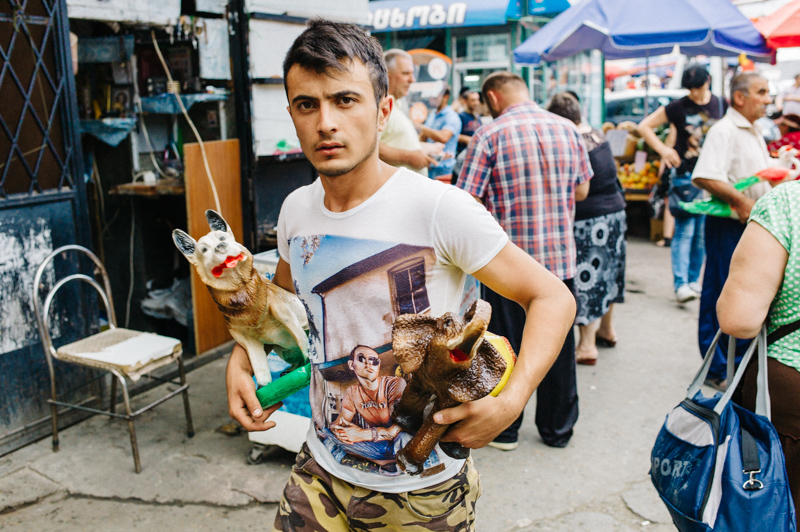 Most of the population in Georgia practices Orthodox Christianity, primarily in the Georgian Orthodox Church, which makes up 83.9% of the population. So you’ll see plenty of churches when walking around the street of Tbilisi, especially around Old Town. 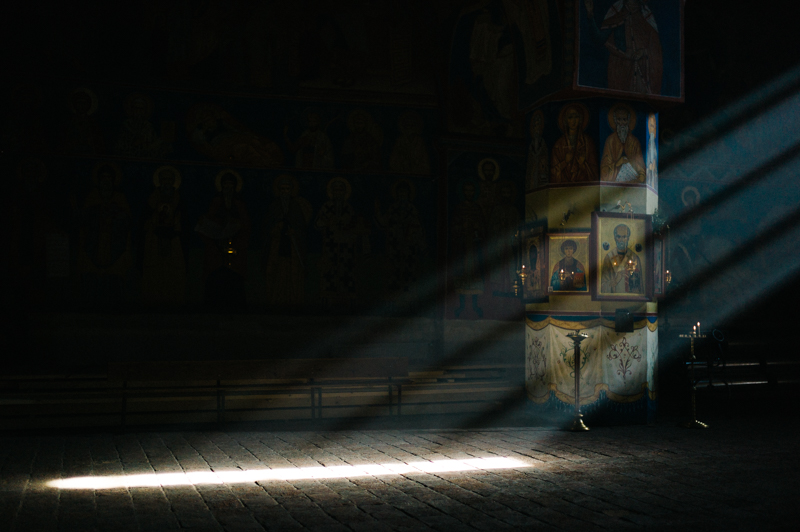 Most of the churches are built with a similar rectangular style and old bricks that blend in with the surrounding buildings and homes at street level. They usually aren’t too colorful or fancy on the outside, except for some of the architecture and domes at the top. 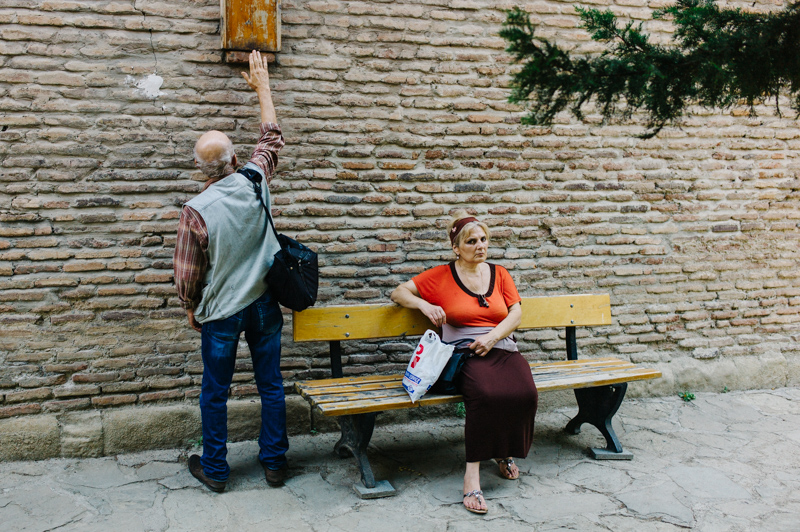 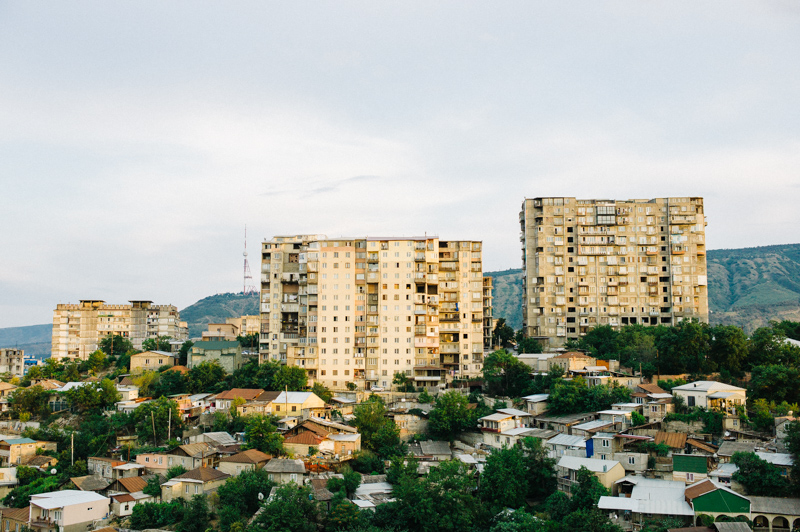 The soviet influence of the past can be most seen in the many crumbling soviet bloc buildings around the city. While Old Town has its own style, there’s still plenty of the soviet style found in the parts of Tbilisi with these large, but compact apartment complexes. 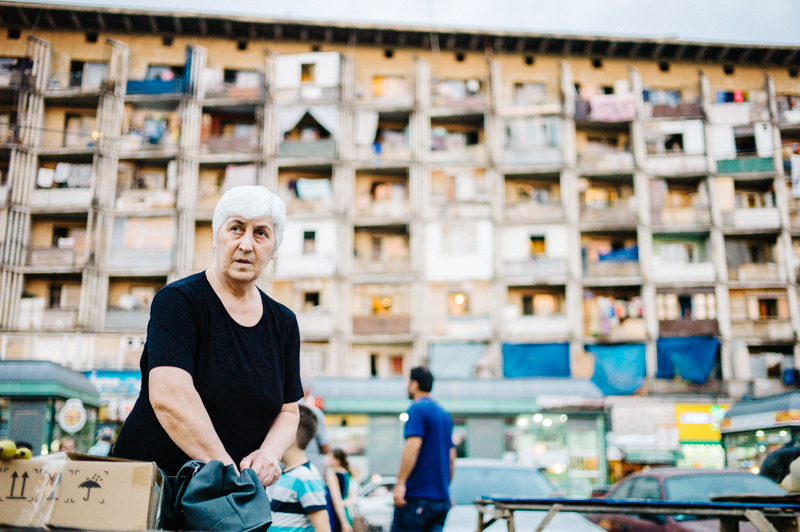 These industrialized and prefabricated buildings were built with low-cost in mind so they’re noticeably falling apart. While no one would call them pretty, I still find them interesting and photogenic in their own way.

Everywhere you go in summer in Georgia you will see watermelon stands, vans and trucks full of watermelons, and people carrying watermelon home. 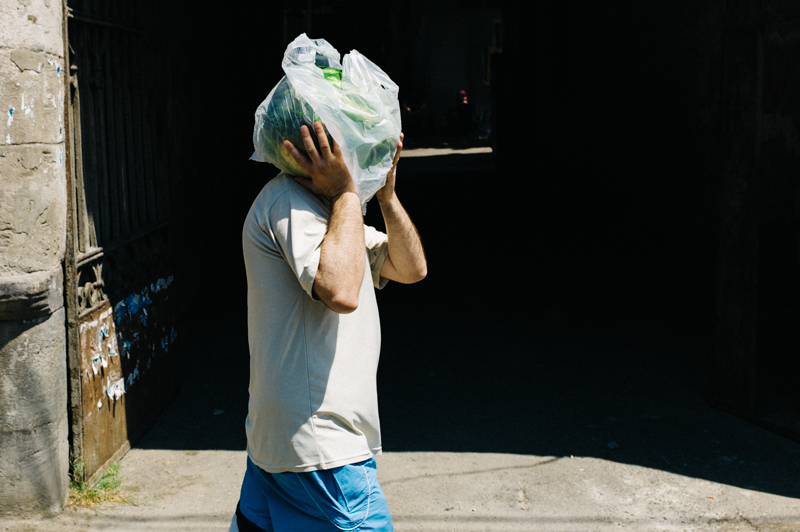 It is because the watermelon in Georgia is not only good, but best of all, it’s cheap. It is possible to buy a large watermelon for only 2.20 lari (less than a dollar). If that doesn’t sell you then just look how happy this woman is carrying her watermelon…