The world’s 400 richest people lost a combined $70 billion on Monday as equity markets around the globe were hammered on fears about Greece and declines in China fueled by leveraged investors exiting the market.

The loss for the billionaires amounted to an average decline of $175 million, according to the Bloomberg Billionaires Index. Nigerian billionaire Aliko Dangote, Africa’s richest person and the world’s 59th-richest, was one of only 12 billionaires among the 400 to increase their fortunes on the day, rising $180 million to $15.3 billion. Dangote Cement rose 2.35 percent. 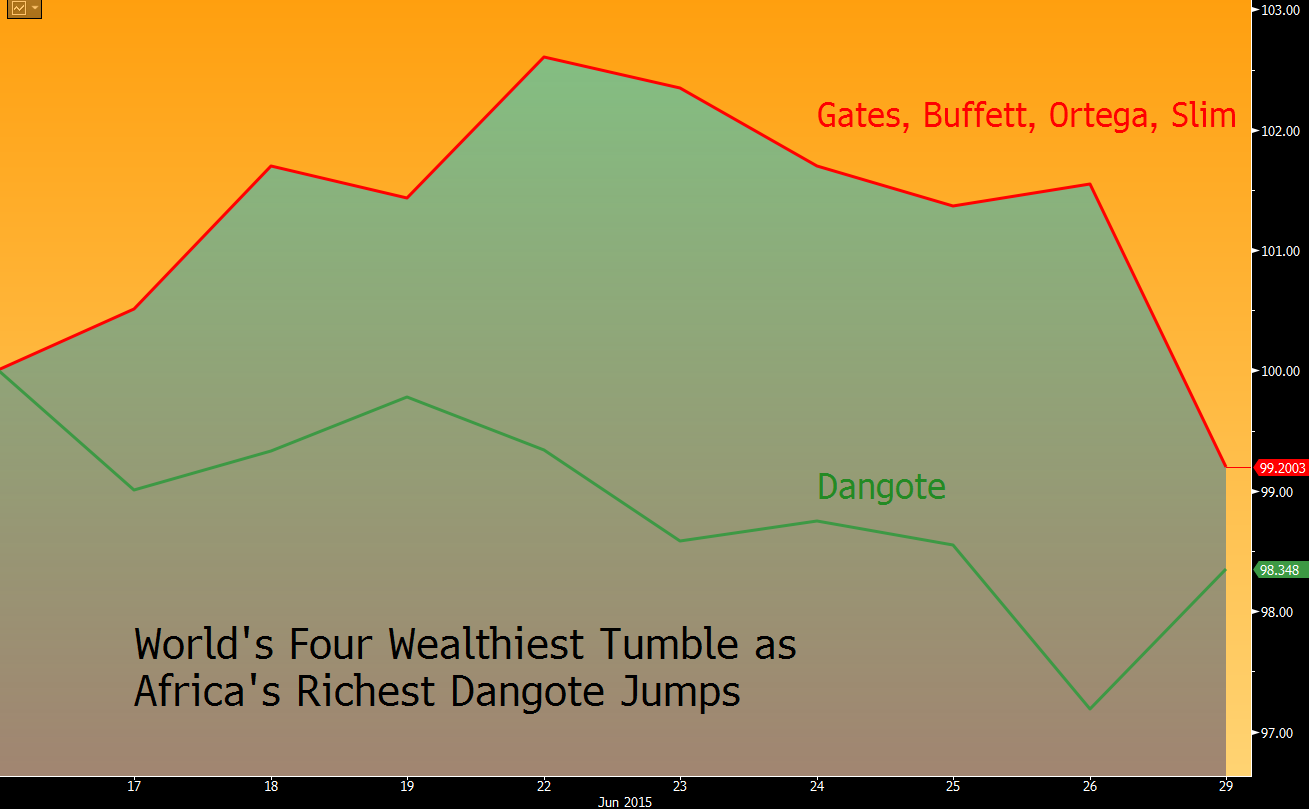 he collective decline for the billionaires amounted to a fall of more than 1.5 percent.  The combined loss is more than the market capitalization of Ford Motor Co. or Twenty-First Century Fox Inc. The S&P fell 2.1 percent on the day and the NASDAQ dropped 2.4 percent. In Europe, the Euro Stoxx index lost 4.2 percent. China’s Shenzhen Stock Exchange Composite index lost more than 6 percent of its value.